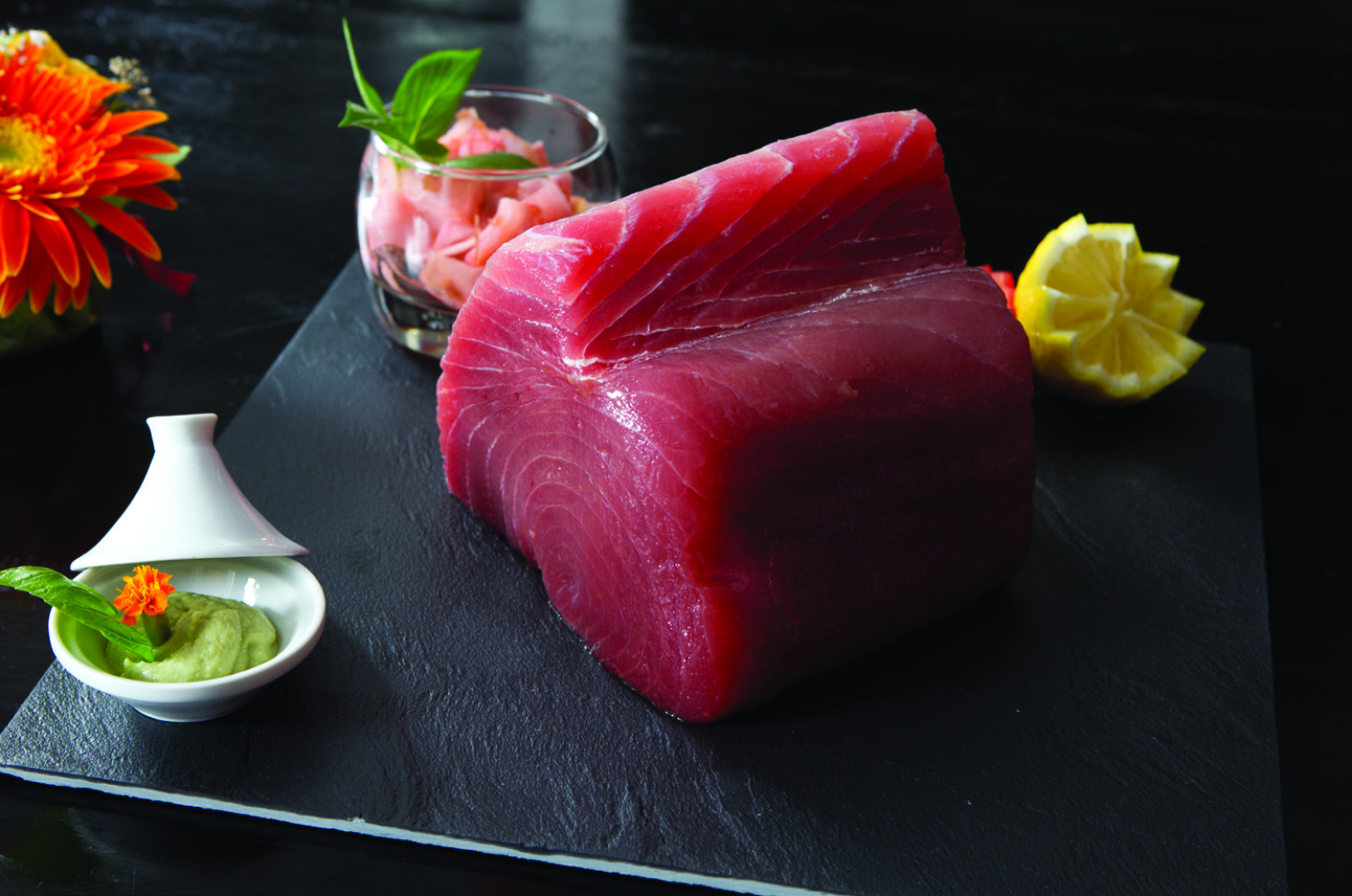 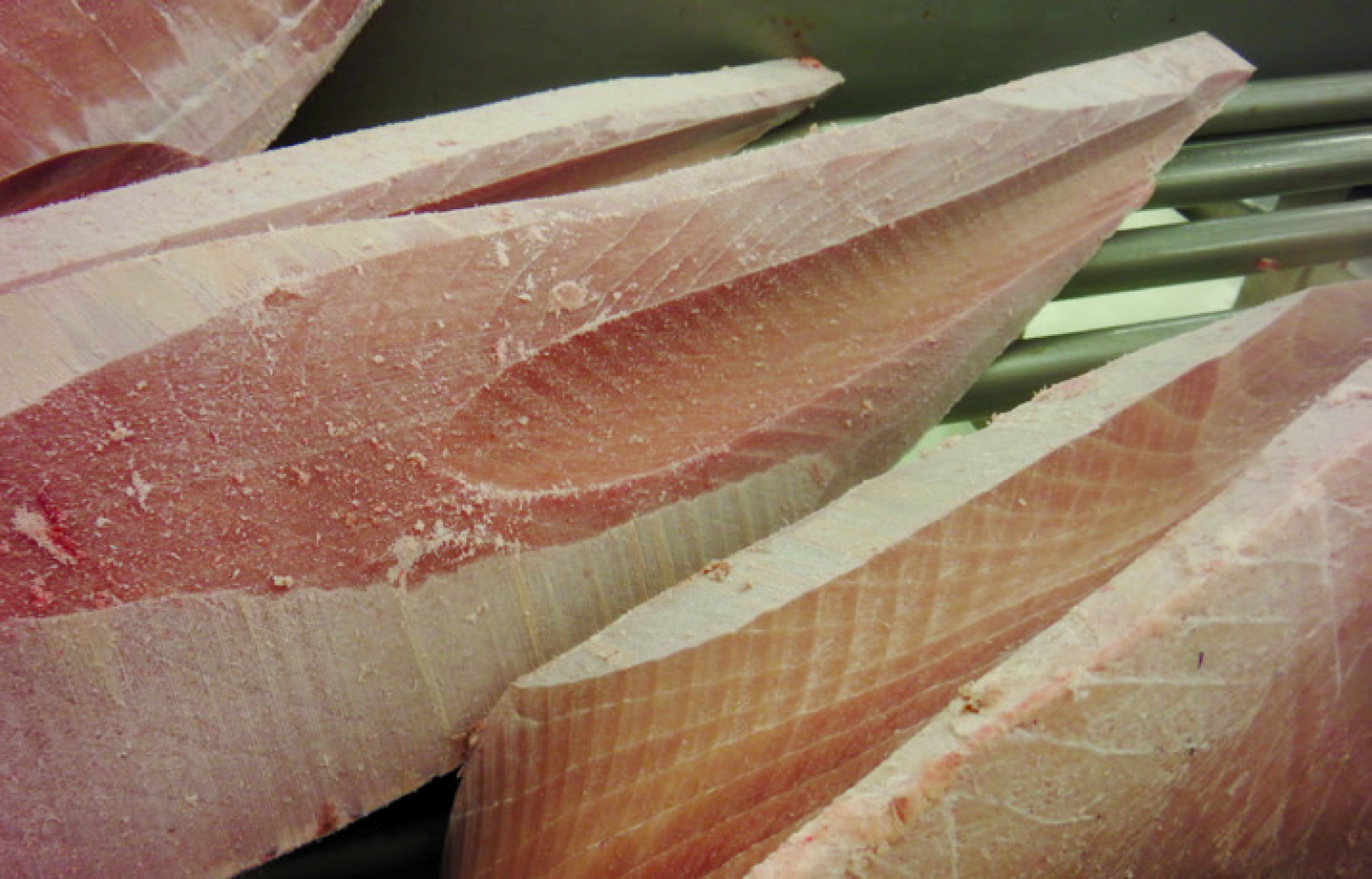 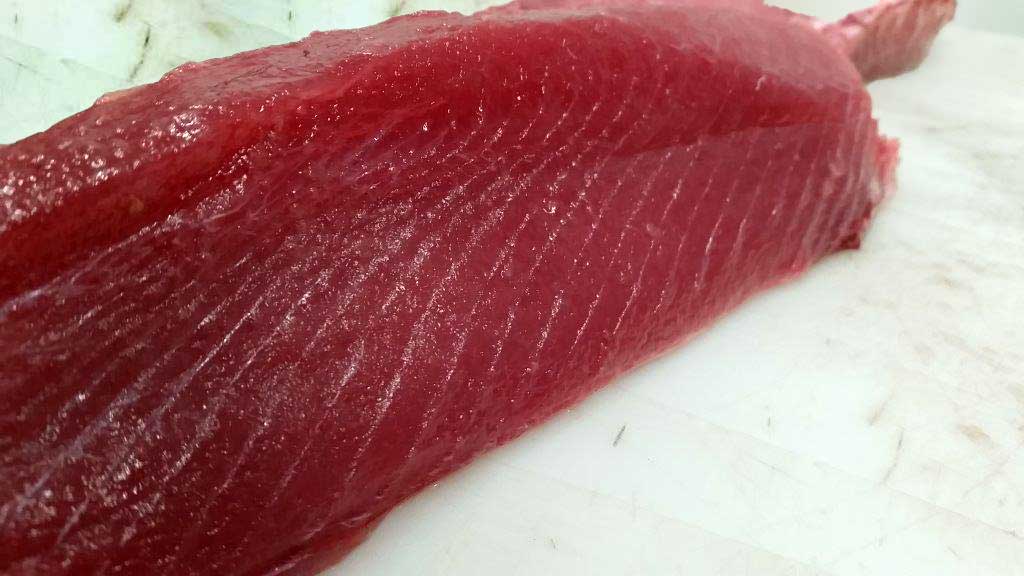 Tuna loins are ready to slice into steaks or cut into sushi/sashimi portions. They are available in sushi grade or the more affordable grill grade. Either grade can be cooked, but sushi grade loins have been selected for premium texture, appearance, and flavour when served raw or seared. These loins are prepared skinless, boneless and blood line removed.

Fresh wild caught Yellowfin Tuna is perfect on a salad, served seared or grilled. It is a popular fish served raw as sashimi or sushi, and becomes firm and moist when cooked. Yellowfin Tuna is best paired with a moderately full white wine which brings out its quality aromatics.

Yellowfin tuna (Thunnus albacares) is an open ocean fish, rarely found near reefs. It is a relatively long-lived tuna species with a moderate to high intrinsic vulnerability. Atlantic Ocean Yellowfin tuna was overfished in recent years and reached a low in 2007. The stock biomass is likely 15% below the Conventions MSY Objective and is slowly rebuilding. The Indian Ocean yellowfin stock has also shown signs of recovery due in all likelihood to the drop in longline effort. Our suppliers SAPMER are proudly ‘Friends of the Sea” and “Bureau Veritas” accredited.