Octopus, like squid, are cephalopods, but octopus have eight tentacles. Most octopus are not the giant creatures we imagine them to be, but are usually no more than one or two feet in length, weighing in at about three pounds. Baby octopuses are approximately one to two inches or less in length. Octopuses have a red, brown and purple mottled skin. Octopus can be found in both the waters of the Atlantic and the Pacific up and down the coasts of Mexico, the United States and Canada. 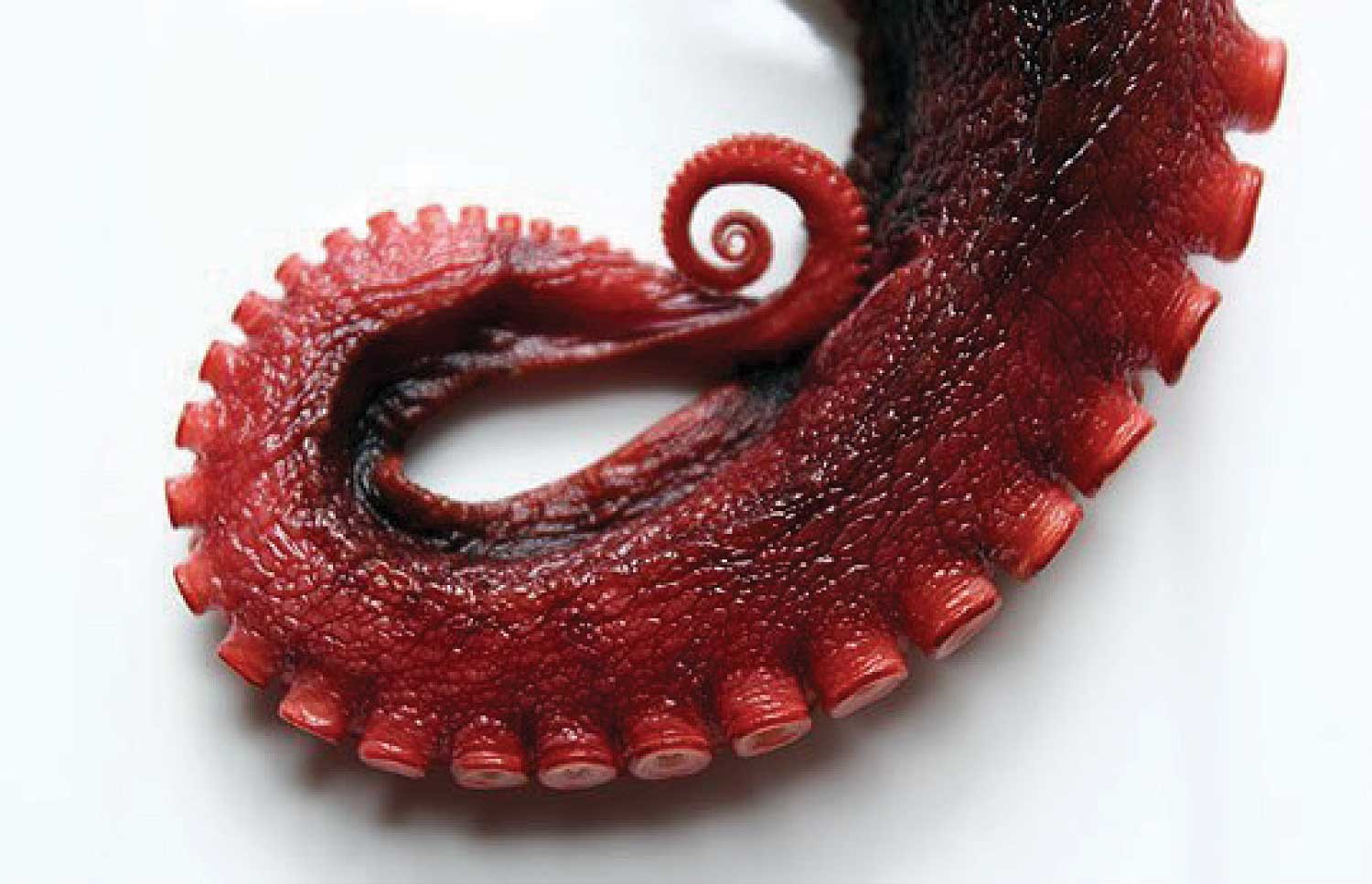 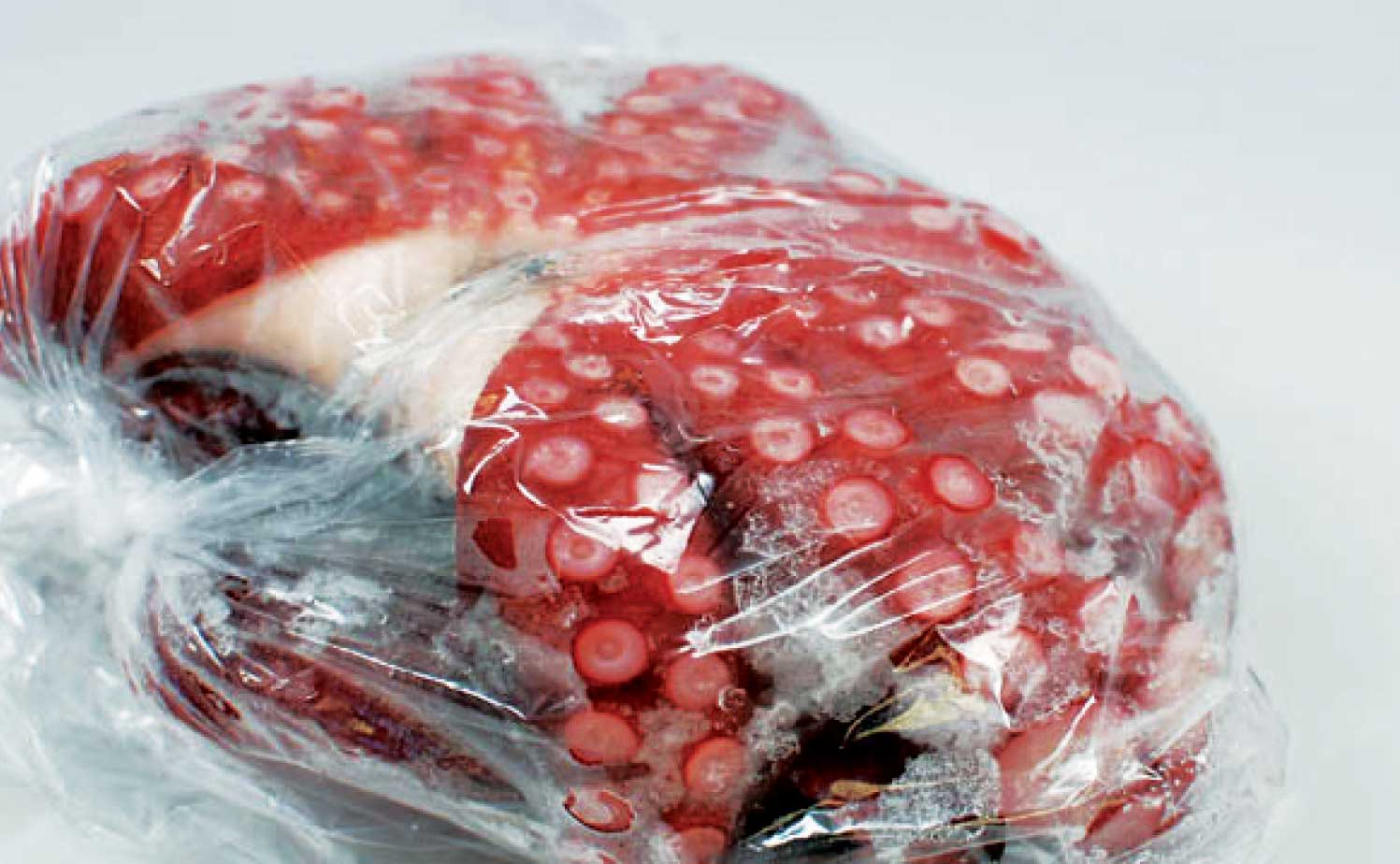 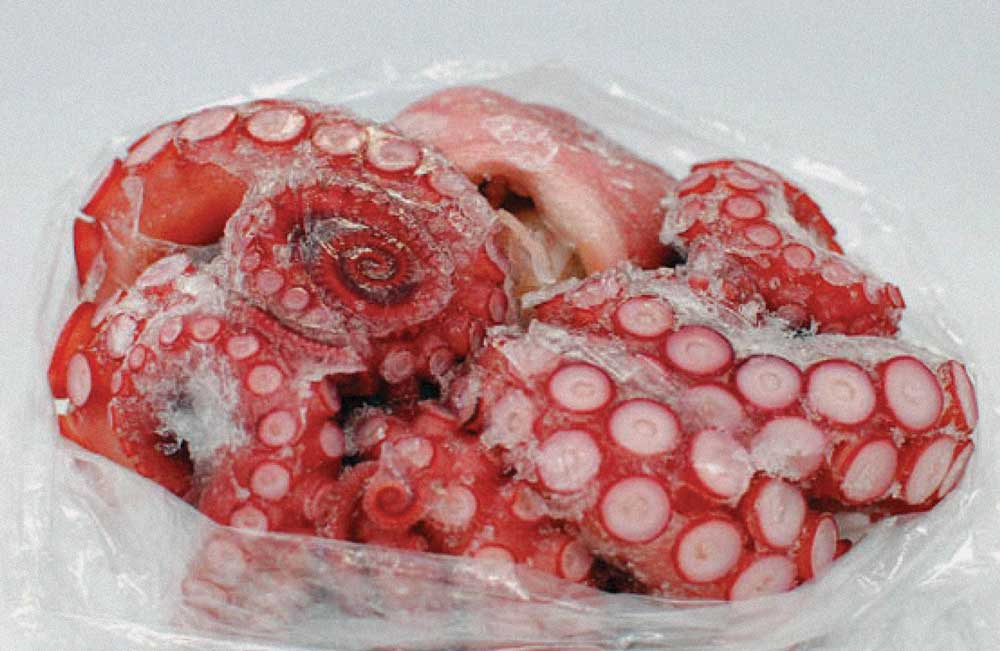 The wild caught shallow water octopus is brought into the factory in ‘live’ form. They are then headed, gutted, eyes and beak removed. The octopus is then sent for tumbling in a brine water solution , and then frozen ‘flower’ form IQF. Each octopus is then placed in to a plastic bag and packed into master cartons of 8, 10 or 15kg.

Octopus is easier to prepare than one thinks, however it can become tough if not handled correctly. The traditional way is to tenderise it, right away after catching. An easier method ,suited to our presentation, is to slowly simmer it in for an hour or two. After pre-cooking, grill or stew the octopus until tender. Stir-fried rice with octopus is also a popular dish enjoyed by many Southern Mediterranean countries.

The fishery is strictly controlled by the Mozambique fisheries department. The octopus is collected by subsistence fisherman. The fisherman dive for the octopus  using their hands to harvest their catch. They operate in the intertidal zone, where if weather conditions permit, they will dive 12-15 days per month. Each diver may catch between 2-10kg per day.